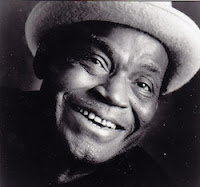 Although it was long overdue, blues legend Willie Dixon finally was inducted into the Songwriters Hall of Fame. In a ceremony held in New York on June 18, 2015, Dixon joined fellow songwriters Bobby Braddock, Robert Hunter and Jerry Garcia, Toby Keith, Cyndi Lauper and Linda Perry in the class of 2015.

Lyricist Bernie Taupin, named to the hall in 1992, welcomed Dixon into the hall with his induction speech. “There’s no other songwriter who dominated post-war blues more than William James Dixon,” Taupin said. “He wrote the blueprint for a thousand fledgling young bands. In the early ‘60s, every rock and R&B  band, especially those in the the U.K., would have had a much shorter setlist if it weren’t for Willie Dixon.”

Willie’s daughter Jacqueline accepted the award on behalf of her father, who passed away in 1992.

Taupin, who of course is the longtime songwriting partner for Elton John, had championed Dixon’s inclusion into the hall for years. In an open letter to the hall last year, Taupin called Dixon’s exclusion a “travesty” and “embarrassingly overdue.”

A few of Dixon's legendary compositions include "Hoochie Coochie Man," "I Just Want to Make Love to You," "Spoonful" and "Little Red Rooster," to name a few. Dixon's songs were covered by blues legends such as Muddy Waters, Howlin' Wolf and Little Walter. Later, rock artists including the Rolling Stones, Cream and Led Zeppelin also had hits with Dixon's songs.
Posted by editorbluesmusicnow at Sunday, June 21, 2015 7 comments: